If any part of London deserves to be haunted, then it has to be the timeless quarter that we explore on the Friday night ghost walk.

For, not only is this one of London's oldest sections, but it is also an enclave that has seen more dark and dastardly deeds than any other part of the Metropolis.

Plague and fire have been frequent visitors; burnings, beheadings, hangings and other gruesome forms of execution have been carried out here. The famous have found infamy here; the forgotten have been, err, forgotten here! Wars and revolts have left deep scars on the fabrics of the ancient buildings, some of them still visible today, if you know where to look.

No wonder that this historic quarter of the old city boasts a veritable array of spectral inhabitants; so much so that you could almost say that the streets we explore on The Condemned and the Cursed Haunted History Tour are, well and truly, alive with ghosts!

And, tonight, we are going to tell their stories.

SO, WHAT CAN YOU EXPECT?

For a start, you can expect to explore one of London's least changed quarters and to discover buildings, ruins and churches that date from all ages, some of which stretch back almost 2,000 years into the mists of London's distant past. 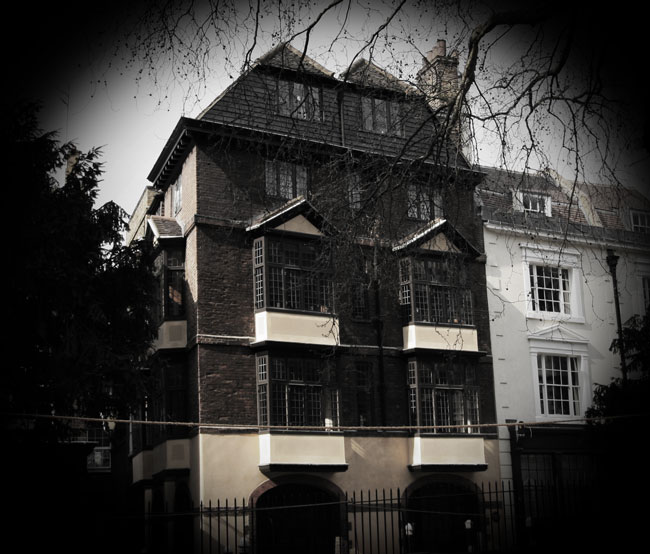 You can also expect to uncover some truly hidden and historic gems, at all of which you will find that the City's past is still very much in evidence.

Places so little changed, so untouched by the march of time and progress that, were William Shakespeare, Charles Dickens or any other bygone Londoner, for that matter, to come marching around one of the corners, they wouldn't seem in the least bit out of place! 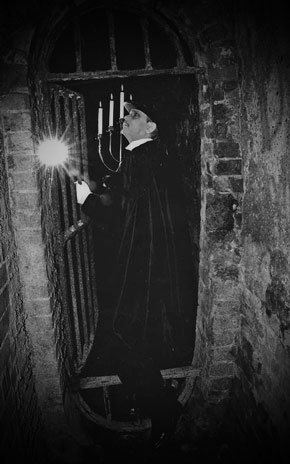 You can also look forward to 90 or so minutes of first rate storytelling with London's longest established ghost walks guide, Richard Jones.

He has written 18 books on the paranormal, the research for which has taken him to every corner of the British Isles.

Who better, therefore, to lead you on a ghost hunt that will prove a roller-coaster of a ride through London's enthralling haunted history?

Yes, you'll be creeped out at times - after all that's what a good ghost walk should do - but, you'll also learn a lot and laugh a lot as you enjoy a magical history tour through the timeless streets of haunted London.

SOME OF THE TOUR's HIGHLIGHTS

So many historic places are visited on the tour that it is difficult to decide which ones deserve to be singled out as highlights of the walk. 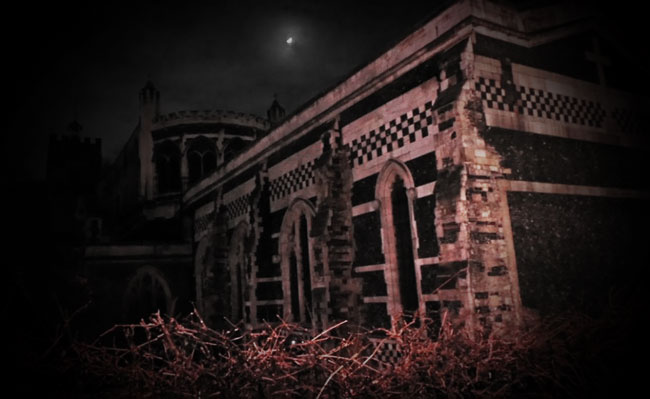 It is in this respect that Richard Jones makes the ideal companion to escort you on a journey into the haunted City. He knows the places where the ghosts are known to lurk, not the places where they might have been seen a hundred and more years ago. 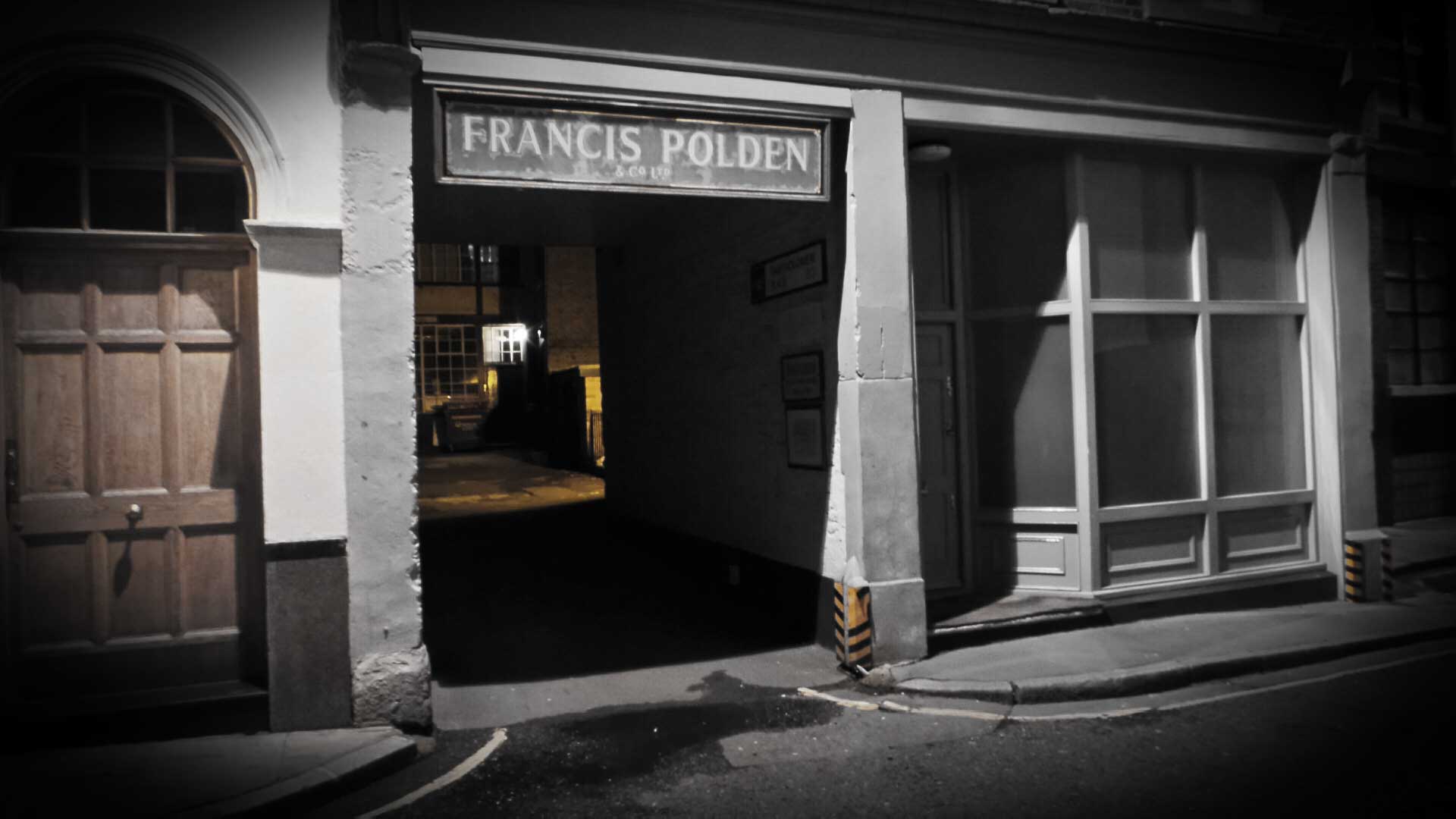 Yes, you'll hear the traditional ghost stories that you'll get on all the other haunted London walks.

But, in addition, Richard will bring you the most up to date hauntings from the area, each one drawn from his extensive files in which he has recorded the recollections and experiences of those who have actually seen the ghosts that he will tell you about.

NATURAL OR SUPERNATURAL? YOU DECIDE

Of course, it cannot be claimed with any degree of certainty that there is anything in any way supernatural about the aforementioned instances. 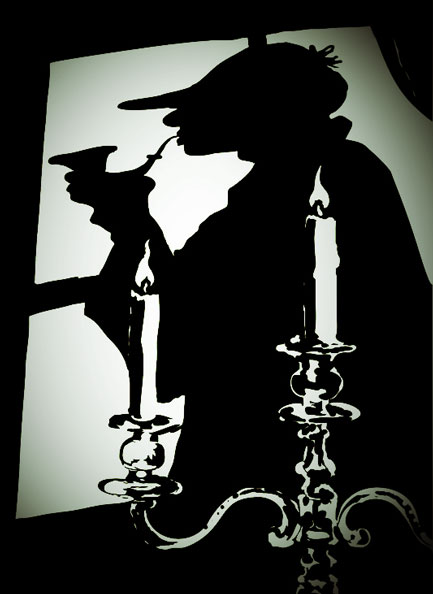 Yes, they may have left those who experienced or encountered them baffled, bewildered, mystified, not to say a little unnerved or even terrified.

But, we should always try to find a rational reason for a paranormal occurrence and, when we have done that, then those things that we simply cannot explain away as mere tricks of the light, false memories or optical illusions become even more chilling.

For, to - sort of - paraphrase Sherlock Holmes - whose creator was, after all, a man who believed implicitly in the world of spirit - only when you have eliminated the possible, whatever remains, however improbable, must be a ghost.

So, if you are looking for a Friday night activity that offers equal measures of fun and fright, then join Richard Jones for a journey that, although covering a distance of only a few miles, will encompass 2,000 years of chilling, thrilling and fascinating history. 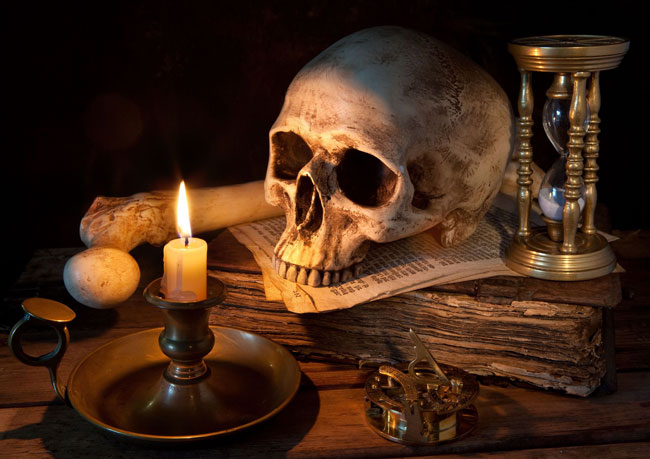 A journey on which, with every step taken and every corner turned, you will inch further and further back into London's past and, with the night closing in, you may find yourself slightly unnerved, never certain of who or what might be lurking around the next corner, or skulking just a few graves along.

DARE YOU FIND OUT? 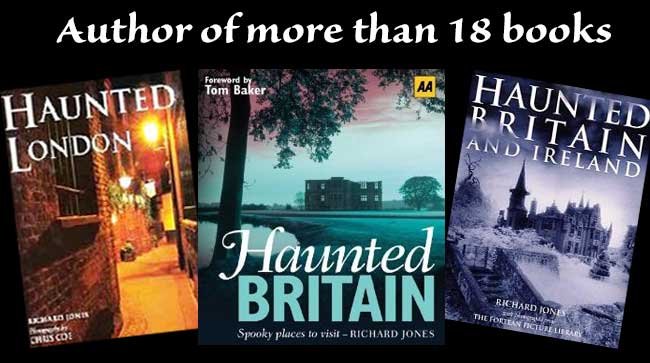 Richard Jones has been leading folk through the historic streets of haunted London since 1982, and has had plenty of time in which to hone his presentations to ensure that they achieve the perfect blend of horror, history and humour.

Think about it. Would you prefer to spend 90 minutes with a guide who drones on and on in a dull monotone, bombarding you with dry dates and dusty facts?

Or, would you rather join a guide who performs the ghost stories for you, delivering them with a panache that manages to mingle creepy storytelling with captivating reporting in such a way that he, quite literally, brings the past to life before your very eyes?